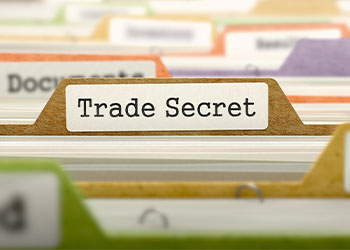 Businesses work hard to build up a customer base, and the last thing they want is for a competitor to get hold of their customer list and exploit it for their own profit, potentially harming the business that compiled the customer data.

Trade secrets are protected under both federal and state law. Can a customer list be considered a trade secret that, if stolen by a competitor or disgruntled employee, can be enforced in a court of law? The answer is usually yes, but only if specific requirements are met.

California courts have generally upheld customer lists as trade secrets if they are “compilations,” which means they are in written or digital format containing more than just names and phone numbers and are subject to various safeguards to prevent them from falling into the hands of others.

If you believe your business’s customer list has been misappropriated by a competitor or potential competitor, or if your business has been accused of stealing a customer list, contact the Law Offices of Jerry J Goldstein. With decades of experience in business law, we can evaluate your situation and advise you of the best options going forward.

On the federal level, the Defend Trade Secrets Act (DTSA) of 2016 defines a trade secret as “financial, business, scientific, technical, economic, or engineering information.” To be recognized as a trade secret, this information must be subject to measures to keep it secret and must have independent economic value that is not generally known and is not easily obtainable.

California has its own version of the 1979 Uniform Trade Secrets Act (UTSA), which provided a framework for the states to adopt their own trade secrets law.

The California version defines a trade secret as “information, including a formula, pattern, compilation, program, device, method, technique, or process” that is subject to efforts to maintain its secrecy and derives “independent economic value, actual or potential, from not being generally known to the public or to other persons who can obtain economic value from its disclosure or use.”

Misappropriation of a Trade Secret

Improper means include “theft, bribery, misrepresentation, breach or inducement of a breach of a duty to maintain secrecy or espionage through electronic or other means.” Misappropriation means the acquisition of a trade secret by someone who knew or should have known, that the trade secret was acquired by improper means.

In other words, if Company B hires an employee from Company A, who brings a thumb drive containing customer data along with him to the new job, that would be misappropriation by the acquiring company if it uses the data.

California courts have held that, for customer lists to be considered a trade secret, they must be “compilations.” In other words, the data should include more than just a name and phone number, but also other useful information such as buying history, product or service preferences, and customer pricing data.

These compilations also need to be saved in written or digital format and be subject to rigorous safeguards. In other words, they must be treated in a “need to know” fashion and not generally shared with the entire workforce. The data should also be subject to confidentiality agreements by those employees who have access to it.

Using our Company A and Company B example from above, an employee leaving for Company B can generally use customer information retained in memory but they cannot misappropriate an entire compilation. Misappropriation is the legal standard in California for seeking a trade secret lawsuit.

Penalties for Misappropriation of a Trade Secret

If a trade secret dispute ends up in court, the party accused of misappropriation need only be shown to have had “constructive knowledge” of the misappropriation. In other words, even if the new employee or other person does not say “I took this from Company A,” Company B should have known it was misappropriated.

The penalties can include not only an injunction against using the trade secret – that is, the customer list – but also the payment of royalties from profits made and reimbursement for profits lost by the original list owner.

If you’re facing a trade secret dispute from either side – your customer list or trade secret has been misappropriated, or your firm is being accused of misappropriation – contact the Law Offices of Jerry J Goldstein immediately. We will aggressively protect your rights and work diligently to achieve the best possible outcome for you.

From our office in Palm Desert, California, we proudly serve clients throughout the counties of Los Angeles, Orange, Riverside, San Bernardino, Imperial, and San Diego.

Please note that in providing services outside of our immediate area, we generally don’t bill for travel time from our offices to meet at the business location or home of our clients.

Business Valuation in Mergers and Acquisitions What to Know About the Purchase & Sale of Businesses Trade Secrets vs. Patents vs. Copyrights How to Protect Yourself When Buying a Company